Internet Traffic FlowWhy your perceived download speed fluctuates and sometimes is slow The “Internet” is a maze of data circuits, some fiber, some copper and some microwave, owned by many Carriers, and connected together a Intersection points call NAPs, or Network Aggregation Points. Let’s keep this simple and similar to a concept you are no doubt familiar with, the United States Highway System. The Highway system is made up of Federal, State and municipality owned roads, some larger than others and capable of carrying more traffic than others.

As the highway system can experience traffic jams, some that flow slowly, some that involved detours and some where traffic stops all together, so can the Internet. Traffic jams on the Internet occur at times when more people are using the Internet, typically nights and weekends. This trend changing because of the proliferation of mobile devices that can access the Internet, such as smart phones and tablets. Consider that Apple alone has sold almost 300 million iPhones.

The ISP or Internet Service Provider, provides the consumer with an “on ramp” to the Carrier’s Internet. Traffic jams can also occur on the local ISP’s network. Over the last 8 years, AireBeam has constructed its network and constantly expanded its capacity so that when traffic flow is normal, we experience no slowdowns or congestion. We monitor both traffic flow rates and latency (delay) and if we have issues, we usually detect and resolve them before most consumers are impacted.
When a consumer contacts AireBeam support to inquire about speed issues, here is what we do to determine where the issue may be: 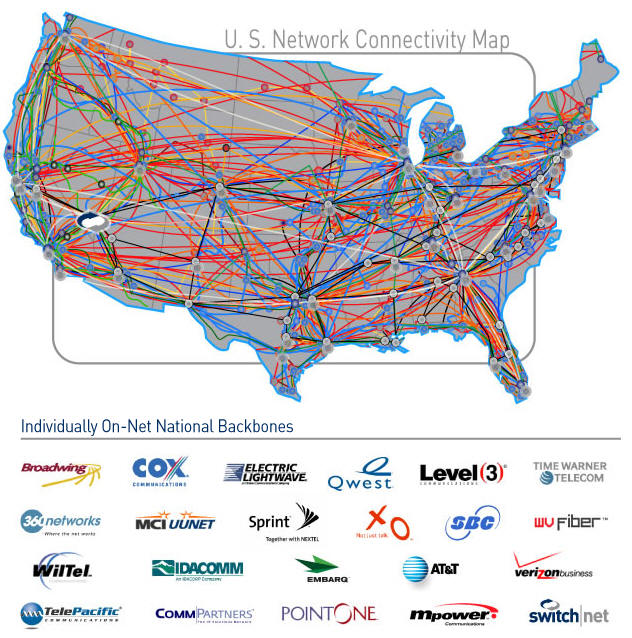 First, we look at traffic flow within our network and specifically at the tower to which the consumer is connected and the pipelines (Backhauls) that connect that tower to our fiber complex in Casa Grande.  If AireBeam has congestion, it almost always is because one or more consumers are violating our Terms and Conditions by using Bit Torrent multiple streaming protocols with applications such as streaming or sharing (illegally) music and/or videos.  We can detect this protocol and the IP address(s) of who is doing it and we can then determine the customer and ask the customer to voluntarily cease and desist or, if necessary, we can simply block the customer’s access.
Next, we look at the customer’s connection, specifically at the signal strength and signal quality and then we run a speed test using firmware in the Antenna Transceiver between the customer’s antenna and our fiber complex in Casa Grande, testing the complete link for which AireBeam is responsible.If we see issues with the antenna’s performance, we will attempt to resolve it remotely over the air and if that does not work we will schedule a service call, usually the next day, but often the same day if we learn about the issue before 3pm.Lastly, we examine traffic flow on our Fiber to Phoenix and traffic flow out of Phoenix.  If any issues are found there, we contact our upstream providers.But, 9 times out of 10, the issue is not with the customer’s connection or AireBeam’s network. 95% of the speed issues reported are reported on Saturday and Sunday midday and evening or on Holiday’s during the same hours. The causes for these speed complaints are:
Overloaded servers that the consumer is accessingNetwork congestion between Phoenix and the server that the consumer is accessingOutages along the network routes and/or consequential detoursMost of the time, the issue is simply too much traffic, like I-10 at Ray Road at 8am! All carriers on the Internet are constantly adding capacity. AireBeam has doubled its fiber capacity since April 2012 and we just ordered a doubling of that capacity again, from 200mbps in April, 300mbps in May, 400mbps in June and now to 1 gigabit in December!
But, sometimes, the issue is caused by the consumer’s network equipment or PC. Most often, consumer routers are the cause. Sometimes, simply powering the router off and then on solves the problem. Other possible causes are:
Poor wireless connection between your PC and the router.  Too many walls between you and the router.Older PC with slower CPU and insufficient RAM (Memory) or a slow graphics adapterBackground tasks running that are consuming most of the available CPUWIndows backups running such as CarboniteViruses and other forms of Malware